Plymouth College takes pride in its sports and has carved itself a reputation as being a world-leading school for performance sport while also building an environment that empowers pupils to discover a life-long love for physical activity. 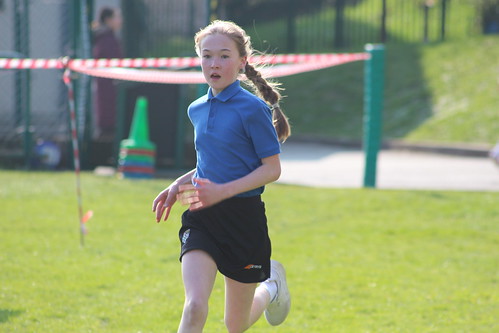 The team sports include the following sports for pupils to engage in:

Hockey is played in the Autumn Term. The girls begin in Year 3 and have a chance to play for the school from Year 4 upwards. We play fixtures in the week against other South West independent schools, as well as weekend tournaments and we enter the England Hockey Schools’ Championships

We train in games sessions and after school, on either our school training Astroturf at the Senior School, or on our full size pitch which is jointly owned in partnership with the University of St Mark and St John.

We have a Director of Hockey (who leads our Year 5 and 6 training sessions) who is in a joint role with the School and Plymouth Marjon Hockey Club; he is also the Head Coach within the Devon Player Pathway and is currently part of the Great Britain ACP course.

Our Prep School teams compete very well in the local area, and have been crowned Devon champions at U11 on several occasions. Senior squads have seen considerable success with a number of players gaining representative honours for Devon, West Panthers, Performance Centre and UK Lions. The U14 team were also crowned England Hockey Tier 2 National Champions in 2019.

With Year 3s, rugby is taught in a sensible and controlled way ensuring maximum safety and enjoyment. They will play six-a-side tag rugby at this age. When they become Year 4 pupils they will be introduced to transitional contact where we play a maximum of seven players per team. The development of their game continues through into Year 5 (U10s) by playing nine-a-side and when they move into Year 6 they will play twelve-a-side rugby. Each team, throughout the school has experienced coaches with specialist staff from the Senior School taking sessions and plays mid-week fixtures and Saturday tournaments against leading South west independent schools.

Over the last twenty years, the College’s teams have become recognised as being among the most consistent performers in the country and a significant force in the South West. We have had eight U18 internationals and five at U16. Henry Slade is a current England International and has played in two World Cups, including the 2019 final in Japan. He is a key part of the highly successful Premiership side, Exeter Chiefs.

Netball at Plymouth College continues to go from strength to strength and from Year 4, we compete in fixtures and tournaments against leading South West independent schools.

We are very proud of our exceptional facilities; the girls are able to develop their skills and tactical awareness on our purpose built Netball court on site at the Prep School.

Lots of our players also play for Firebirds Netball Club, a local club who train at Plymouth College in the evenings. Attending a Netball club outside of school gives our players the opportunities to be coached by another coach, learn more, play more and play with other girls, which can only help to enhance their playing abilities.

Cricket is the major summer game at Plymouth College Preparatory School for both boys and girls. Matches start in Year 4 with regular mid-week fixtures and weekend tournaments.

At the junior level the school provides several County representatives year on year and has begun a program of playing County sides, hosting the winter training program for Devon girls’ and boys’ development squads and pre- and in season fixtures from Under 10-15 age. These strong links are crucial in the development of our most capable boys and girls.

For those pupils with a real interest in the sport, cricket at Plymouth College Senior School follows a year-round program that is built on high quality coaching, a very strong fixture card at senior level and the clear provision of pathways to the professional game via District, County, University Centres of Excellence and First Class cricket.

We have many other sports ongoing throughout the year at Plymouth College Prep School, these include:

From Kindergarten through to Year 6 all pupils take part in competitions from Sports Day through to representing the South West in Birmingham. The teaching strategy we use allows every pupil to reach their potential, whether in running, jumping or throwing events. Pupils are also encouraged to join the local athletics club to increase their training opportunities. Several pupils have gone on to represent Plymouth and Devon in their chosen event.

Learning to swim is an essential part of the Prep sporting provision and depending on ability, pupils are taught in the shallow or deep end at our 25m Senior School Pool.

The staff are highly qualified and experienced swimming teachers and several gap students offer pupils extra support in the water. The infants and year 3’s swim every other week throughout the year. The pupils all take part in house galas during the year.

Running club takes place throughout the year. This club is open to all pupils from Years 3 to 6. The Cross Country team takes part in events encompassing Devon, Cornwall and Somerset schools. We always have very strong contenders in these races. Some of our pupils also perform in Biathlon events through the school’s Pentathlon programme. Here we have gained a National finalist at U11, who has gone on to represent Great Britain in Europe.

Our Performance Swimming learning programmes are flexible which allows our young athletes to study at a pace that suits them and their aspirational needs.

In the five and a half years that the Pentathlon and the Fencing Academy have been running, athletes from Plymouth College have won over 50 National titles, with 25 Silver and 30 Bronze medals across disciplines, which include fencing, biathle, biathlon, triathlon, tetrathlon, and pentathlon.

Our Pentathlon programme has taught pupils who have gone on to represent their countries including England, Scotland, Northern Ireland, Wales, Ireland, Great Britain, Jamaica, Singapore, Kenya and Hong Kong. Many of these pupils have been awarded medals, Bronze, Silver and Gold.

We have had many star performers graduate from our Fencing Programme over the years, many of which have completed in championships and won multiple titles.

Pupils at Plymouth college will be coached by top quality professional basketball coaches and the school is the only British Independent School to partner with a professional British Basketball League Club.

Basketball coaching is available to Prep pupils as an after school activity.